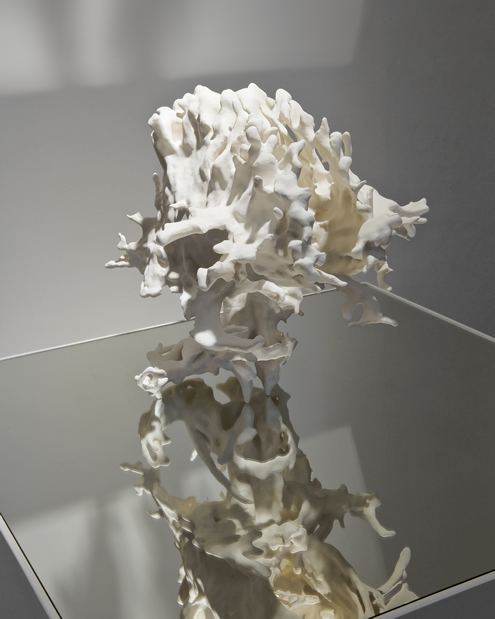 GV Art have form when it comes to art/science collaborations. The north London gallery, curated by Robert Devčić, frequently hosts artists who are strongly influenced by advances in medicine and biotechnology. Their latest exhibition Art & Science is the most explicit exploration of these themes yet. Pics and discussion after the jump.

Devčić has been particularly audacious in setting the tone of the show. The press release certainly sets an ambitiously wide scope:

These days the term ‘art and science’ is on everyone’s lips – but no one quite nows what it is or where it is going. Does it mark the rise of a new culture in which science and technology will be the driving forces and will even perhaps determine the future of culture? – GV Art

The gallery also laid on a series of talks hosted by the author Arthur Miller to discus this bold proposition. You can read a dissection of one of the debates here. My experience of the show was limited to the private viewing so I’m just going to talk about the art and try to keep it short.

There is, however, a lot to talk about between eleven contributing artists. The art and science theme was certainly no gimmick. All the exhibits stemmed from bona-fide, serious and contemporary bioscience. I say bioscience because an exclusive interest in medicine and biotechnology over any other area of science was very apparent. Whether this represents the intrinsic fascination humans (or maybe just artists) have with themselves and their mysterious corpus or simply the very visual and personified nature of biology, I am not sure. Either way the restrictive range of subjects lent a consistency to the show and I did not feel it represented any incompleteness.

Annie Cattrell’s work Pleasure/Painshown (shown above) was representative of one sub-body of the work featured. The piece was both inspired and facilitated by scientific advance. Inspired in its representation of “the structural connections of a small region in the brainstem… as revealed by a method of [diffusion MRI]…”. and facilitated in its manufacture using by rapid prototyping. The connections are indicative of those innervated during the sensation of pleasure or pain. The rapid prototyping used is a particularly cool variation called selective laser sintering where successive layers of polymer are laid down and selectively fused using a highly accurate laser to create a 3D form. There is a fascination in realising this sublimely alien form has blossomed in ones own skull. 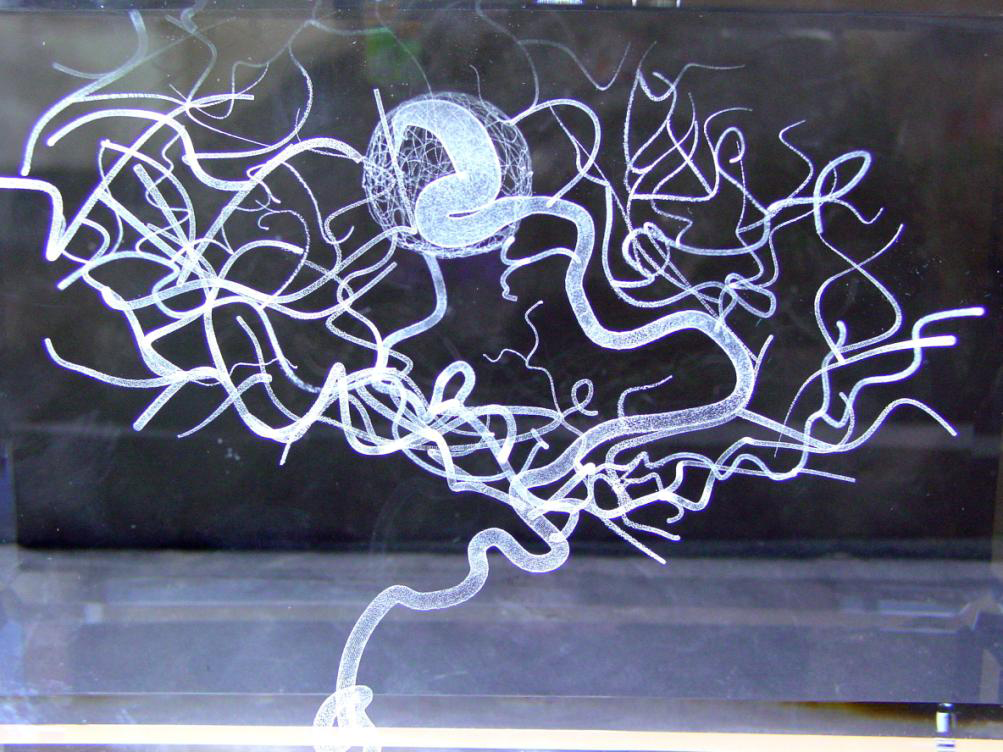 Similarly Katharine Dowson’s sculpture Memory of a Brain Malformation represents the blood vessels feeding the tumour lodged in the head of her cousin as revealed by fMRI. The glass etching techniques used were developed specifically for the project. The result it horrific yet stunningly beautiful and poignant. 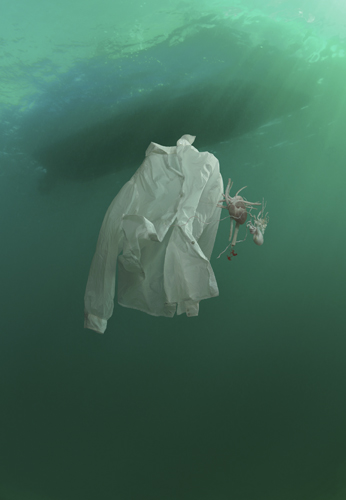 There were more interpretive reflections on the topic. I had seen work from Helen Pynor’s Liquid Ground series before this exhibition and loved it. Her work provides a refreshingly gentile, effeminate commentary on our relationship with our bodies. Her ethereal, drowning forms float poised in some moment of significance contemplating their disembodied organs. Pynor seems to encourage a more emotive and personal connection with our bodies in contrast with the clinical, almost confrontational, atmosphere which follows the modern obsession with pathology.

Then there was the crazy! Stelarc needs a book all to himself and he may well get one. I am resolved to spend some more time probing his particular brand of visionary or possibly deranged experiments in transhumanism. The postcard above shows and actual body modification he has carried out on himself. The exhibition also features gruesome photos of him in surgery having an artificial ear grafted onto his forearm. This interview with Stelarc on Radio 4’s program Material World is well worth a listen and covers the show at GV Art. Savage, obsessional and absolutely captivating.

There is a lot of undeniably great stuff in the show. The artists are to be commended for embracing emerging technologies and preemptively tackling the problems and responses they might elicit. Is this the vanguard of a new art movement? I truly hope so but high quality art engaging explicitly with 21st century science is still a rarity. Artists too frequently respond passively to the images produced by microscopy and medical imaging without considering the implications or thinking to manipulate the technology themselves.

The exhibition remains up until September 24th and I strongly recommend a visit.