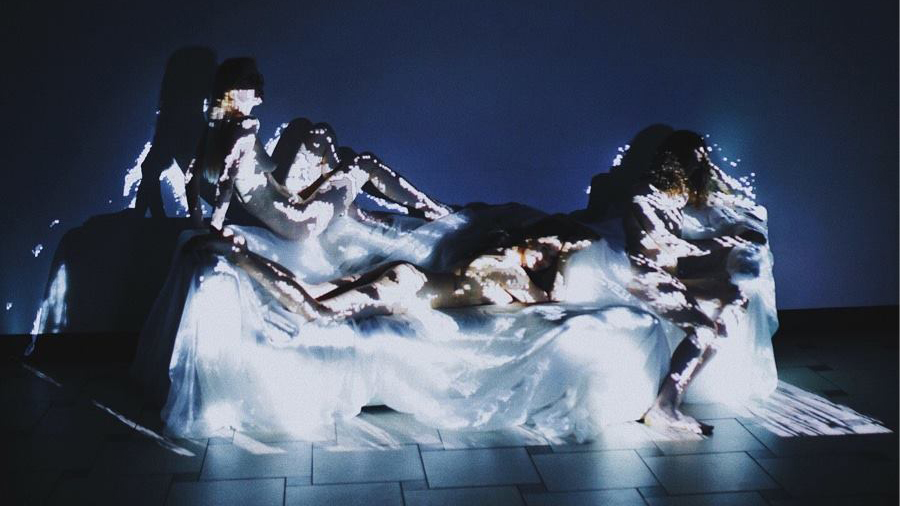 With all its ostentatious wholeness, the nude body remains silent; secret gestures, movements, expressions, habits and desires are hidden. The painting is the territory of the artist and the nude body represented becomes disconnected from the person within. It dissolves into the a landscape, which the painter chooses to map.

This map may be decorative or carry meaning but it acts purely on the surface. At the core of this dilemma, we become aware of the inherent contradiction of representation. Nudity is about actual, and potential, and about the desire to surrender yourself to the endless tangible dynamic in between. Who chooses what is revealed and what to hide?

In this work, we use a machine intelligence to interpret the surface of the body. The artificial network has learned from satellite imagery of Lithuania and it’s landscape. It scans a nude model  and dreams it’s own maps in real time. The maps are projected onto the model, imposing them back onto the surface. We wish to make tangible the choice of what is to be found or to be hidden? And we wish to ask, do we really have to choose?

In this piece utilises a generative adversarial artificial neural network (GAN) that has been trained to model the relationship between the topography of Lithuania’s landscapes and how it has been represented in maps. The model takes LIDAR satellite data OpenMaps as its data sources, as it tries to understand how the shape of a landscape relates to its roads, towns, forests and lakes.

The marvel of GANs is that they can be used to generate entirely new images, based on data that have never seen before. This piece uses a kinect depth depth camera to scan the topography of the human subject. This depth image is then used to by the network to generate an entirely new map. The generated map is then projected back onto the body. 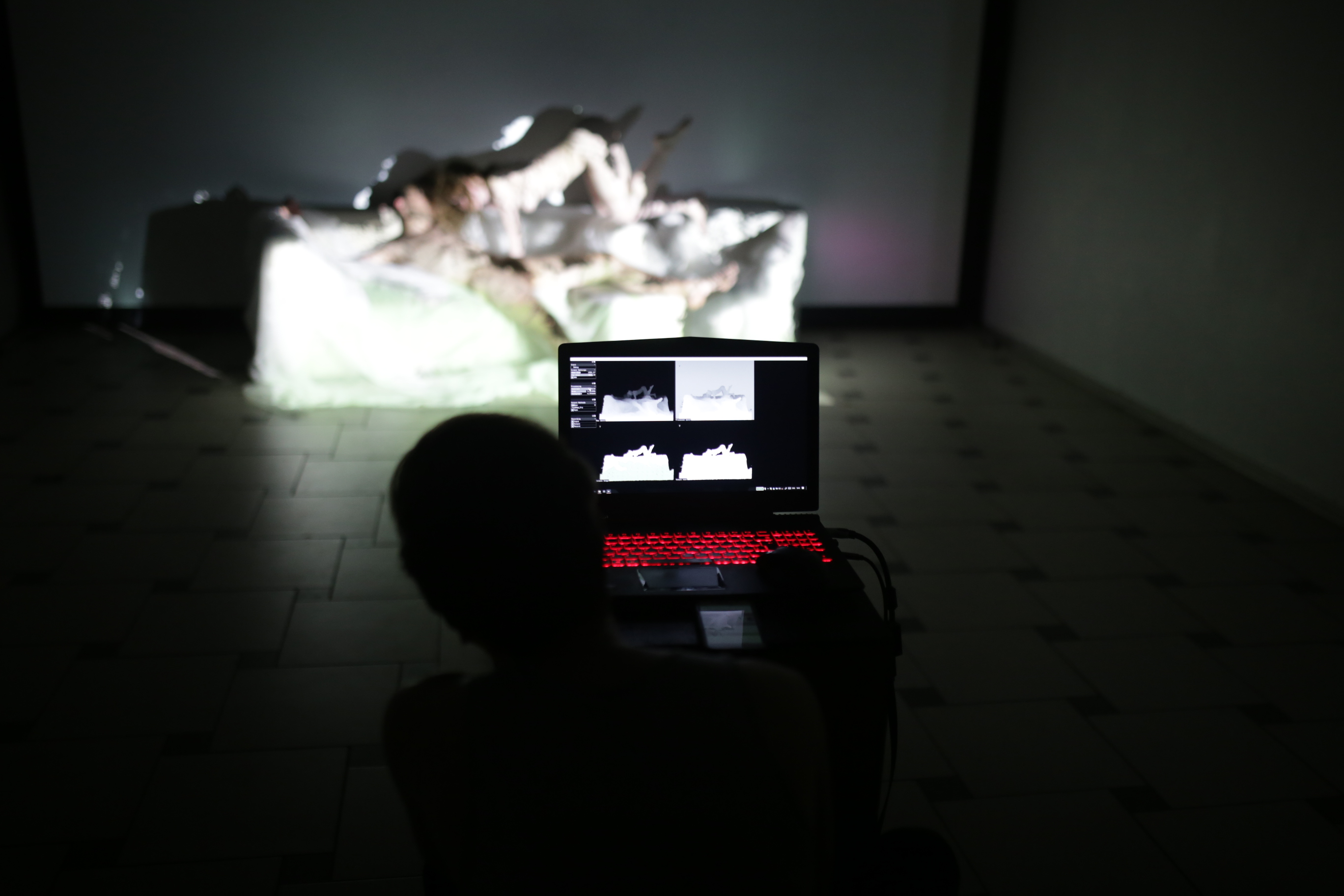 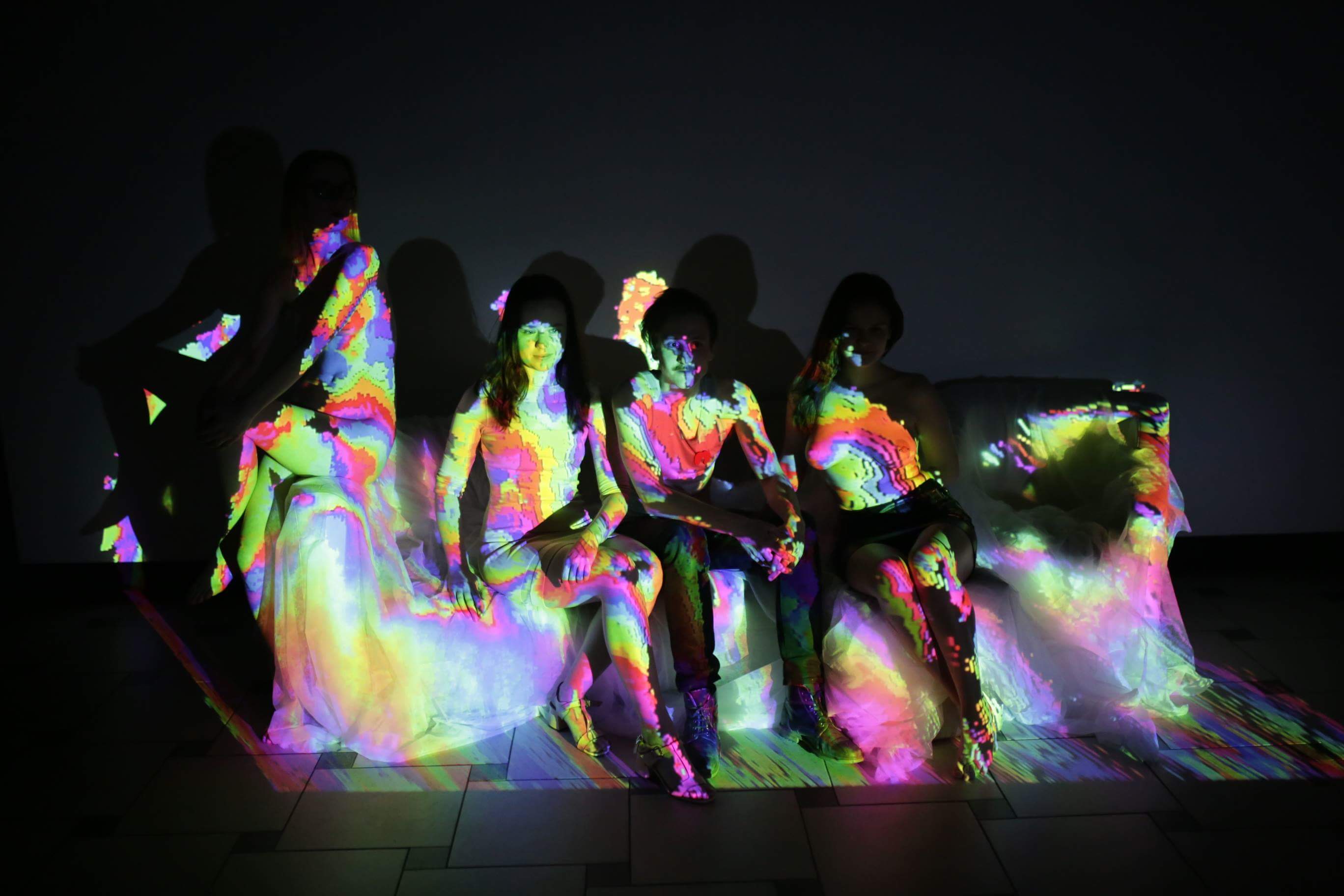 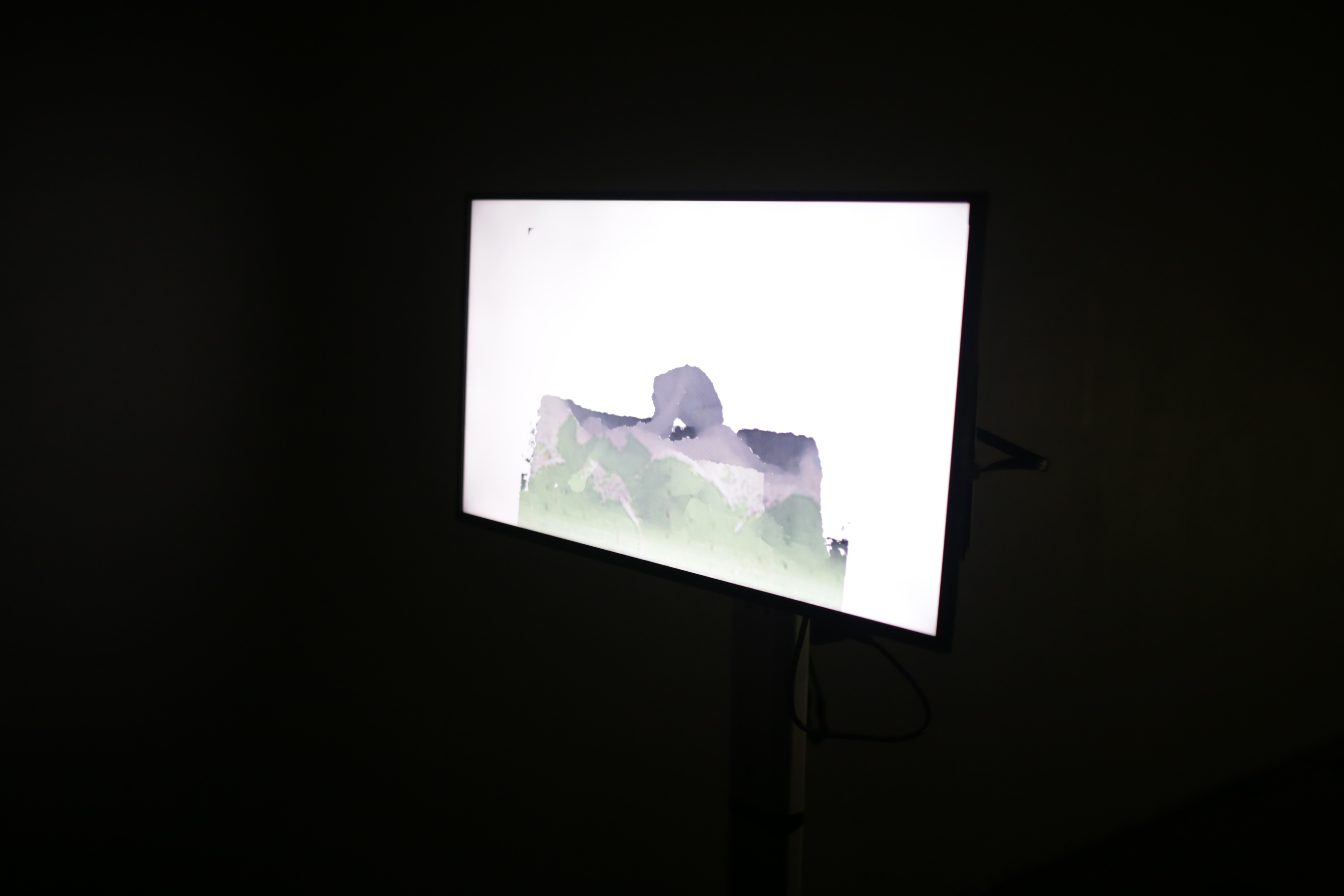 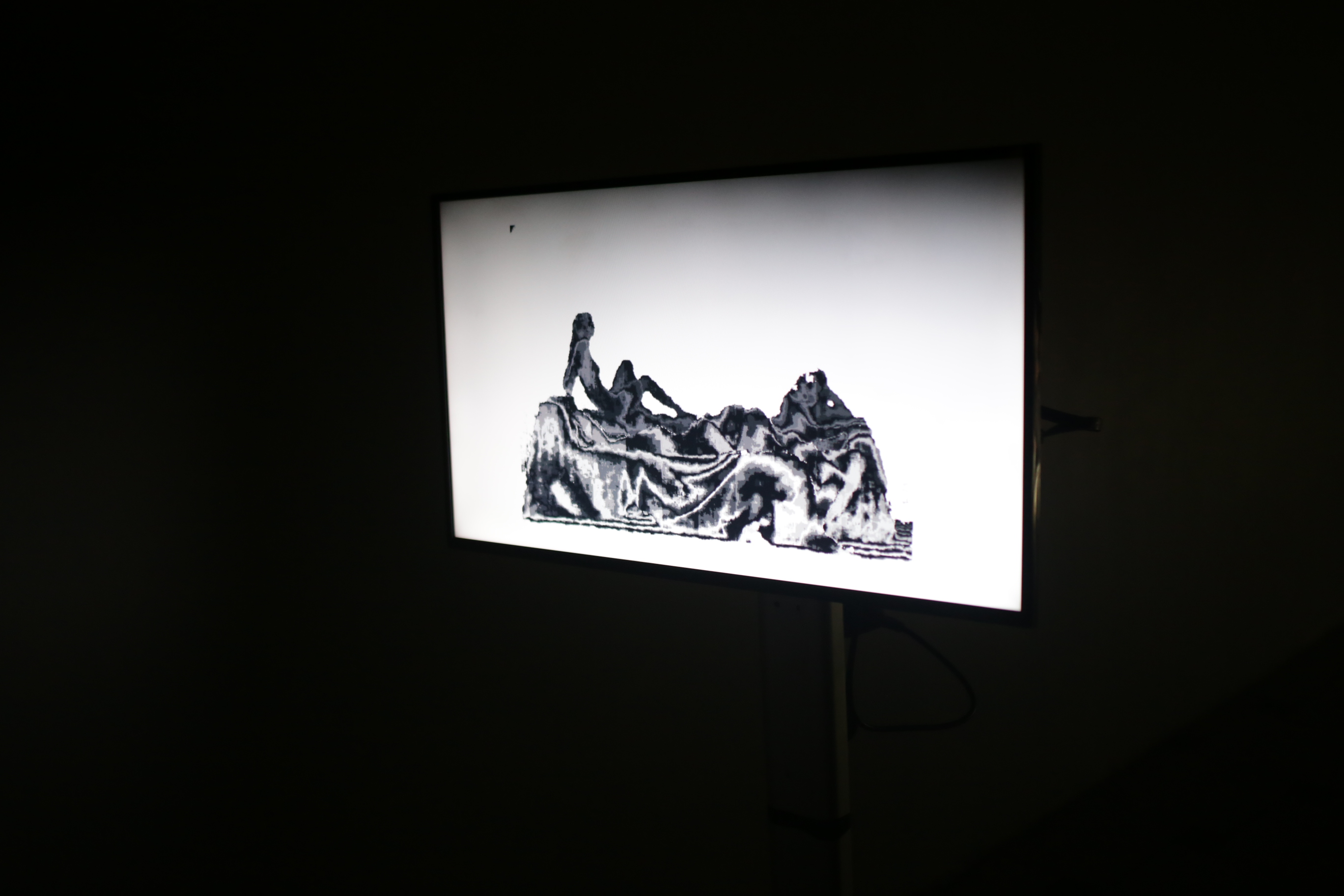 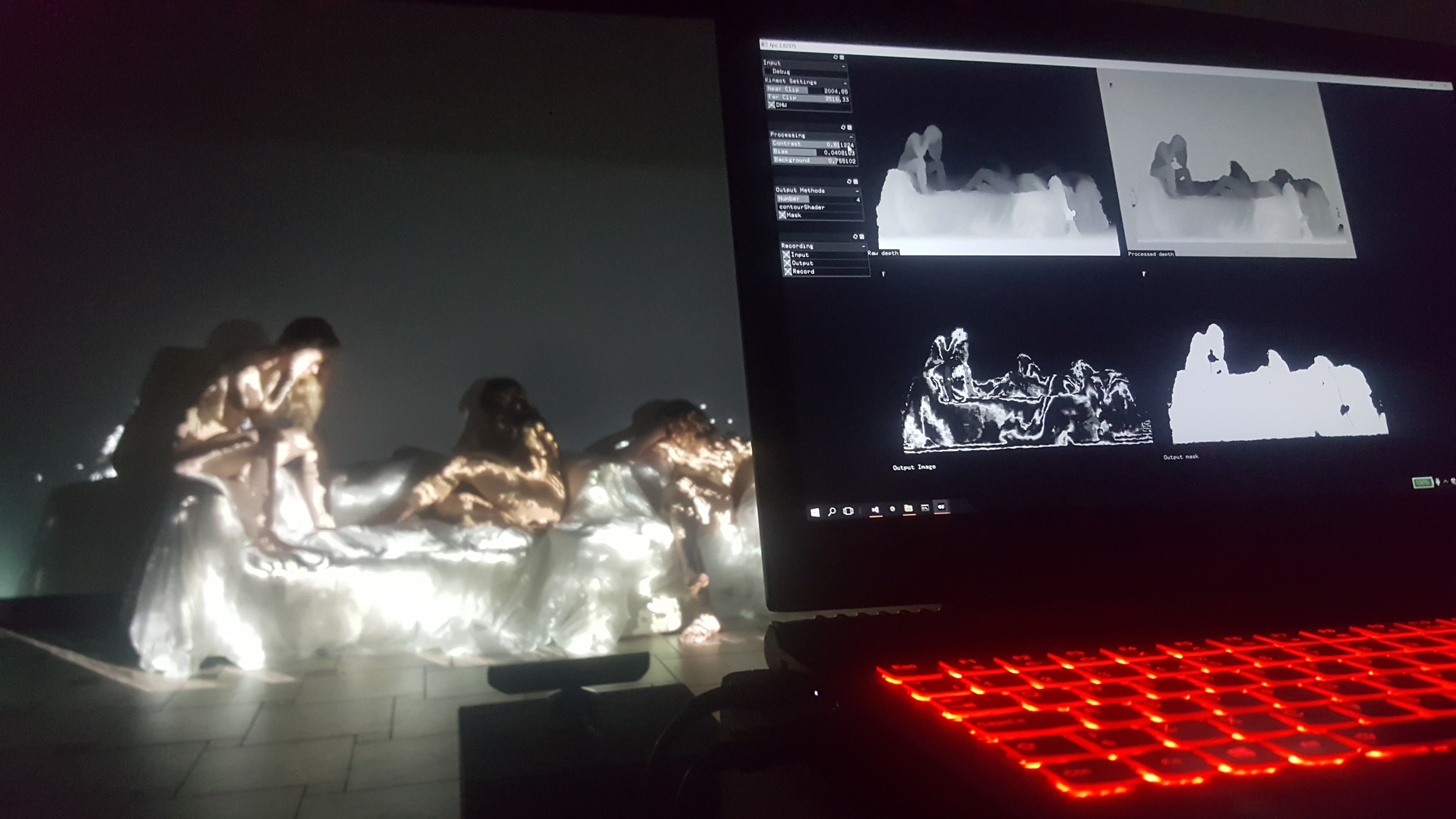