Humans are bad at understanding chaos and complexity. In particular, we expect our technology to behave predictably and consistently. But when digital infrastructure interacts with society, the outcomes can rarely be predicted. Increasingly, humanity is struggling to understand the systems we have created and to unpick our own multimodal interactions with them. We find that, in our very attempt to draw order from the chaos of nature, we have created a new ecology of disorder.

Datacytes is a speculative mixed reality work that imagines a society where nature has recolonised our digital infrastructure. As global temperatures rise, new strains of fungus begin to exploit the one resource still to be found in excess – our data.

The work consisted of an installation, a fictional radio programme, and a virtual reality experience. The participants were asked to imagine a world in which strains of fungus have colonised our information infrastructure by donning a VR headset and attempting to commune with the fungus. 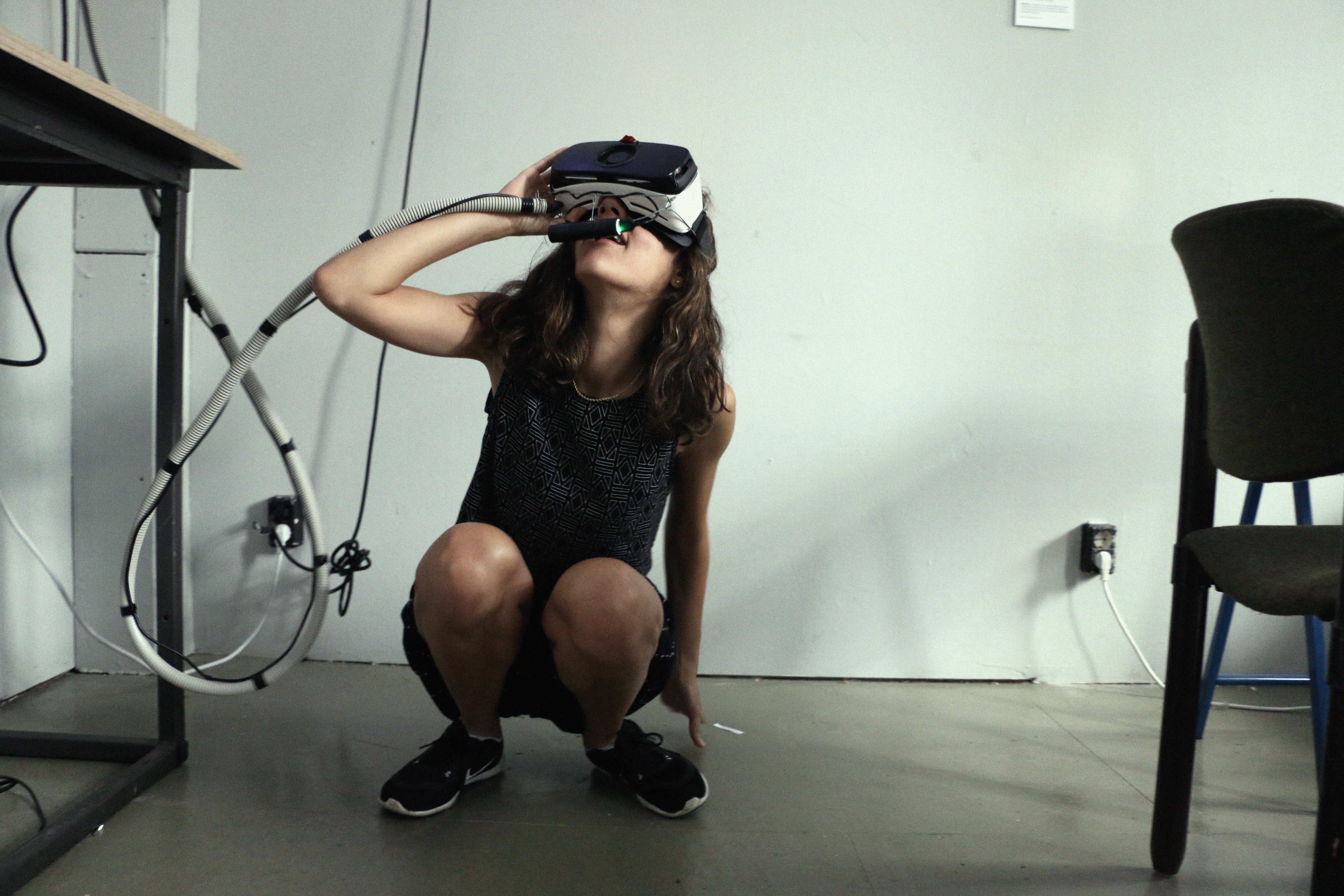 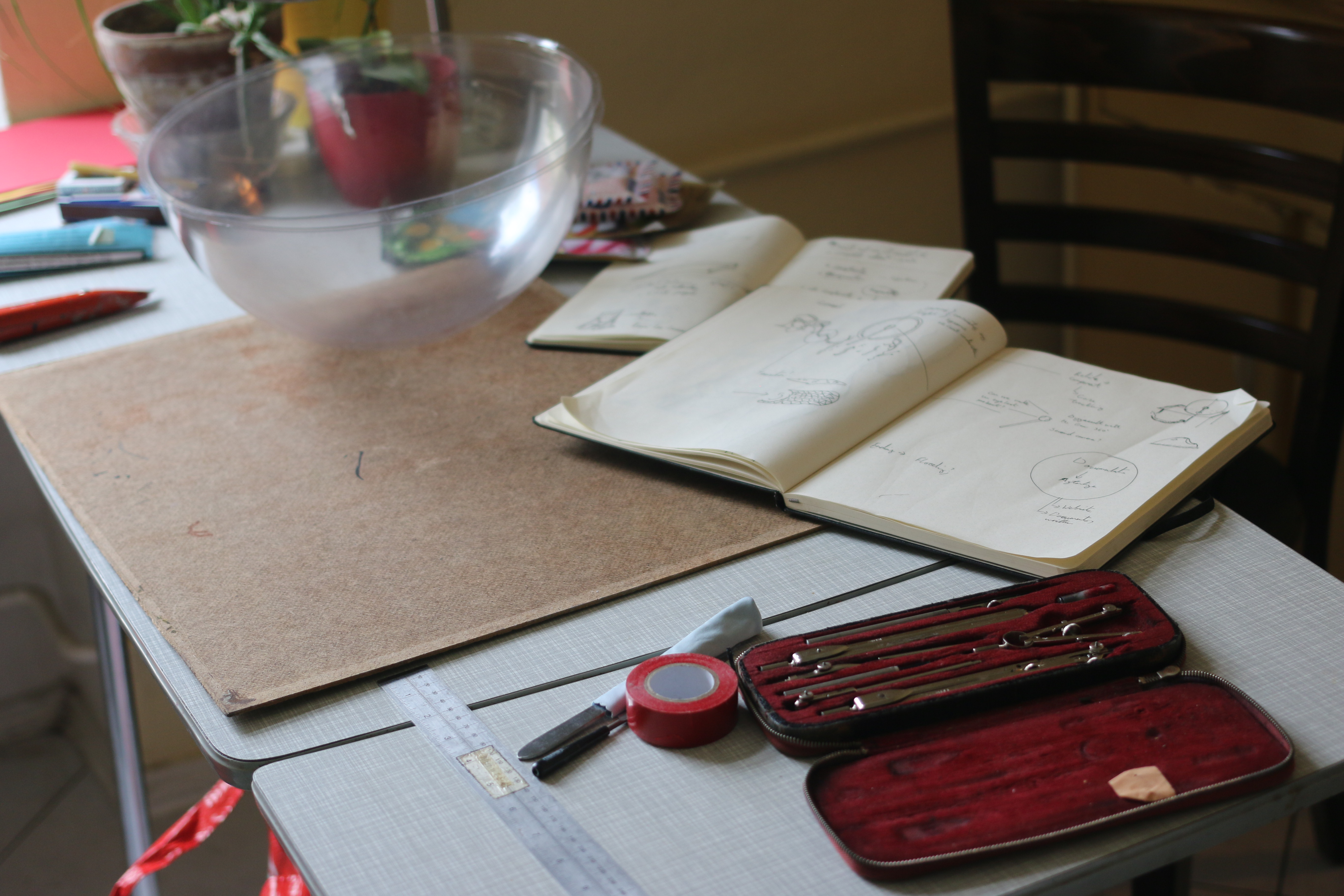 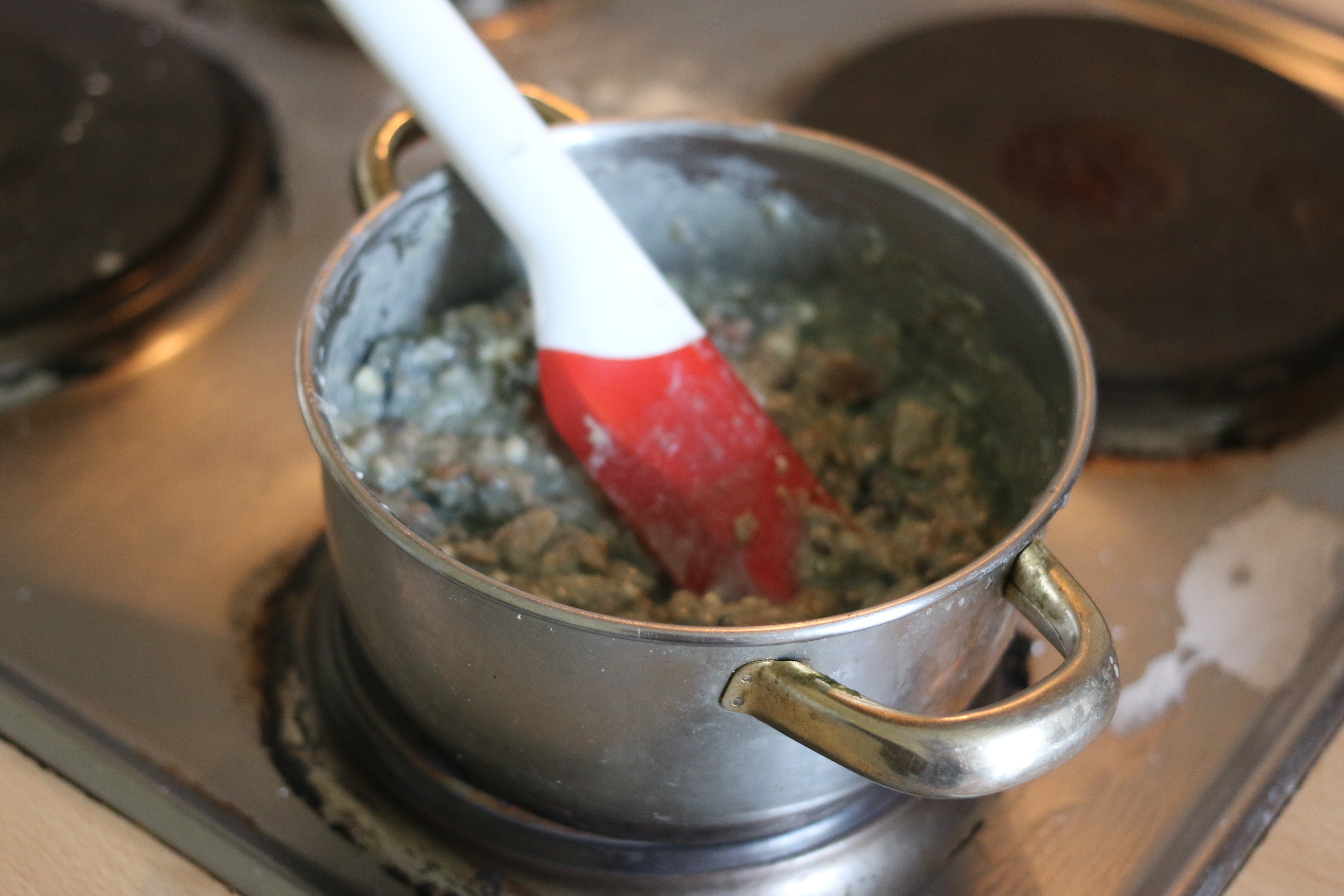 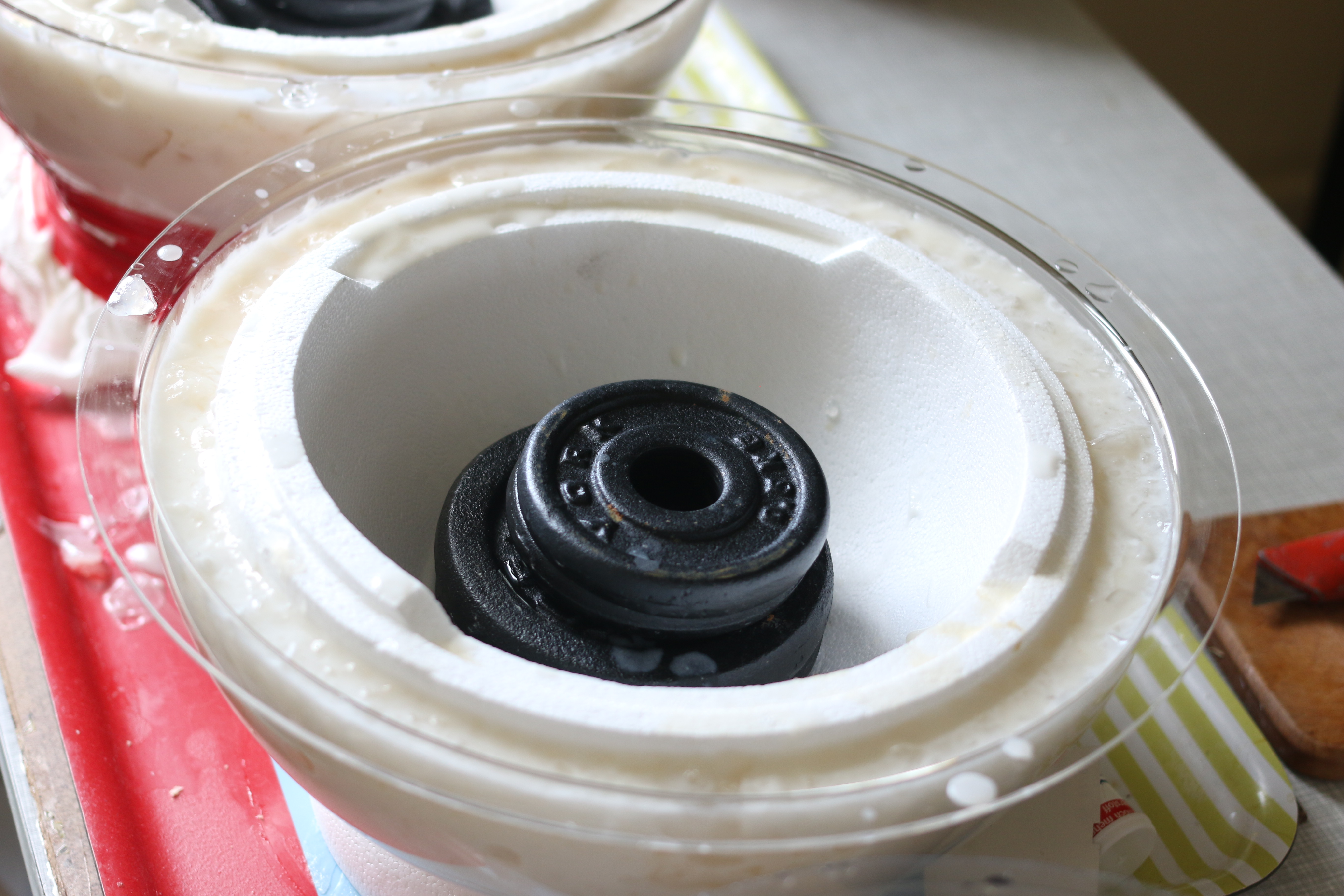 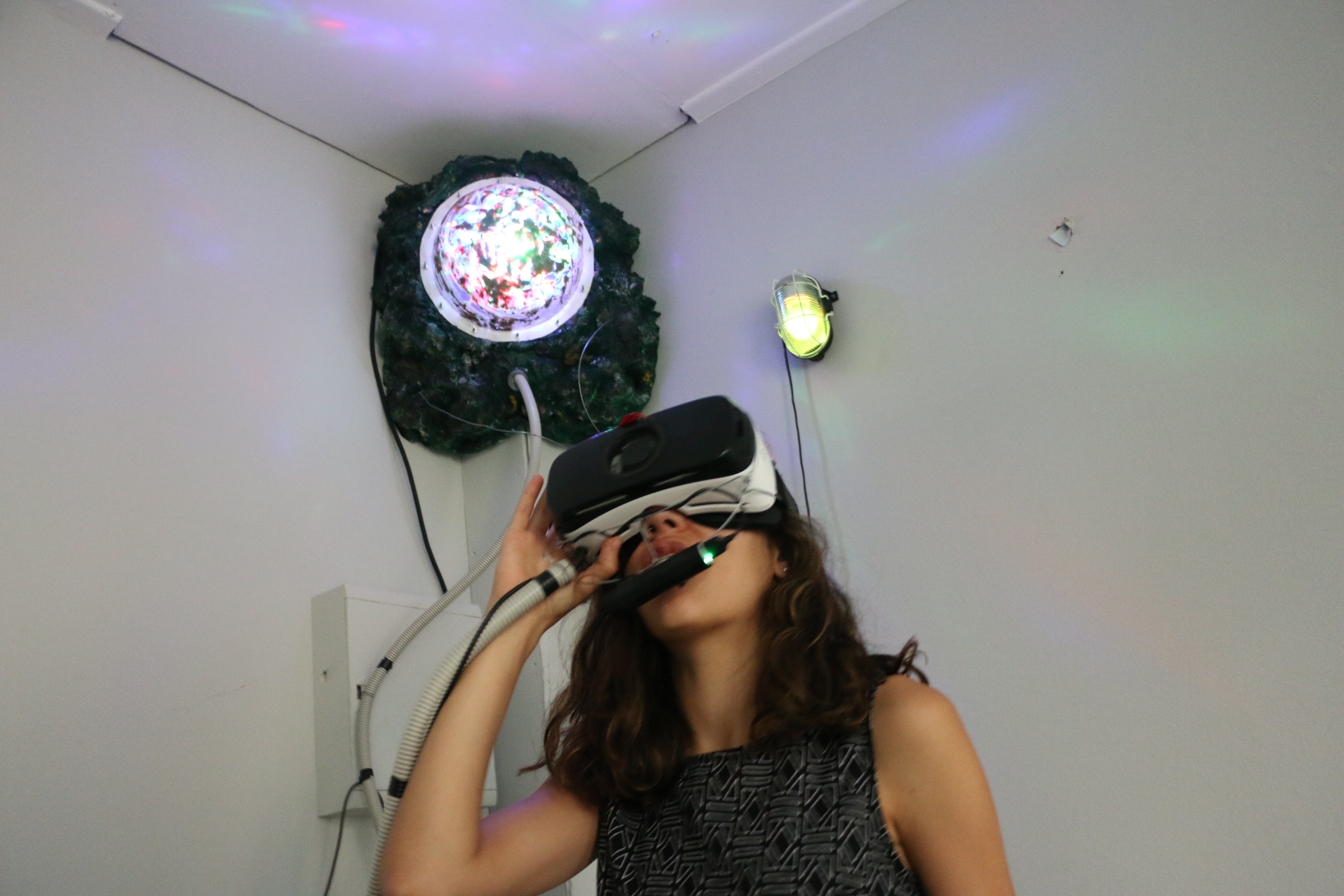 The virtual reality experience was built in Unity for the Samsung Gear VR. The experience was based on a 360 degree video stitched together from footage of mould colonies.

A key intention of the experience was to generate a sense that the environment was responding to the participants. The Samsung Gear VR does include a touchpad, but I wanted to keep the interaction as intuitive as possible while maintaining a level of cryptic abstraction.

I chose to use both visual and audio cues to signify a ‘response’ from the mould. Head moments, seem to be the only option to obtain user input. The parameters of both the dynamic pre-processing masks and the audio were set by using the change in head orientation between frames.

However, there is a difficulty in combining film with computer generated visual elements in a way that is believable. I decided to use colour correction post effects to  alter the appearance of parts of the video sphere.

The masks process randomly around the video sphere. However, their movement is biased by the head movement vector. In the way, repeated head moments around a particular axis will cause the masks to tend towards the same axis of rotation.

The virtual reality experience was designed to transport participants into the alien world of a fungal node. To achieve this affect, I gathered footage from inside hemispherical plastic domes colonised with mould.

Growing the mould required some experimentation. Transparent acrylic domes were used to form moulds for agar-agar jelly. Agar powder is made from algae and is a widely used in Asian cooking, so it is easy to obtain.It also makes and excellent growth medium for fungi.

I mixed the agar powder with hot water and poured the solution into the moulds, using a second set of smaller weighted hemispheres, to leave a hollow impression. I hoped that, once set, the jelly would form a translucent substrate onto which mould colonies, seeded from spores in the air, could grow.

Unfortunately, using this method,  the jelly collapsed under its own weight, so I resorted to thickening it with cornflower and PVA glue.

More mould was also grown in a simpler fashion, using a paste made from rice, jam, cheese and bread. This was smeared onto the inside of two domes and left. Both sets of domes were left coved for around two weeks.

The mould was filmed using a Samsung Gear 360 cameras. Due to it being impossible to invert the domes the footage was filmed separately for each hemisphere and stitched together in post.

The installation included physical and audio components to further immerse the participants in the narrative. Hopefully, these elements served to prime participants for the experience.

The physical installation was build to house a single mould dome during the display. It also housed a light fitting to illuminate the mould from behind. A vintage voltmeter and cages light fitting were added as further stage dressing. Finally the a mock connection was set up between the VR headset and the mould dome to imply real communication between the two.

The audio component comprised a radio piece, featuring a fictional documentary exploring an international incident leading from the fungal colonisation. It also includes a short news bulletin with whether and ‘data’ forecasts.

The audio was played from the hijacked speaker of a vintage radio/tv set.

Listen to the radio documentary